As the movie is set in 1970 along the Cambodia / Vietnam border during the US-Vietnam conflict, and is produced in the Khmer language, it should come as no surprise that Cambodia's metrics take the lead here, with 47% of total views (91, 227 minutes watched).

Thailand follows with 28% (54, 465 minutes watched), lending support to a regional supernatural & historical appreciation of the film's context.  Thailand also happens to share a similar supernatural being, which is called the 'Arb' in Cambodia, yet named 'Krasue' in Thai language.

Vietnam follows with only 6.5 % viewership (12, 585 minutes), which is notable since the story is set during the US-Vietnam war (aka 2nd Indochina conflict).

However, it's worth pointing out that the Vietnamese principal characters that will appear in the expanded FREEDOM DEAL project do not appear in the 'Story of Lucky', which is a standalone medium length drama based on a section of the feature screenplay.

The US comes in 4th in terms of total views, but is slightly higher than Vietnam in terms of minutes watched and average view duration. Both numbers would obviously be expected to increase pending the involvement of name US / Western talent in the expanded feature & episodic variations of the FREEDOM DEAL project.

Another key point of the metrics seen here is the traffic source (not pictured yet), which shows an overwhelming use of mobile platforms for viewership.  This factor indicates a heavy viewership among the youth demographic, which is satisfying overall since that demographic - particularly in Cambodia - frequently lacks significant context and understanding of their own country's history.

Thus, even in the adapted format (medium length movie versus anticipated feature and episodic), FREEDOM DEAL is effective in revealing a little known historical chapter of  the region's history to an important, emerging youth demographic.

Even so, the Entertainment-Education format used the a prosocial vehicle in 'Story of Lucky' seems to be lost on some viewers, notably and curiously, a significant swath of international film festival programmers and reviewers.

Reception among that group appears to be driven by a tendency or political imperative to embrace Western or international-skewed depictions of populist elements in the SE Asian context - i.e., what a Cambodian or Southeast Asian story 'should be' - rather than an acceptance of what local Asian audiences (especially youth) actually find to be appealing according to the data driven analysis, above.

Camerado's original supernatural Asian historical dramatic movie, FREEDOM DEAL: The Story of Lucky, set along the Cambodia-Vietnam border in 1970 during the Vietnam conflict, continues to enjoy popular support and appreciation internationally - and on the ground in Cambodia in well.

A series of October 2014 sidewalk and street screenings in Phnom Penh and in the rural Cambodian countryside, demonstrated conclusively a striking level of popular local support for this pioneering onscreen supernatural historical drama. 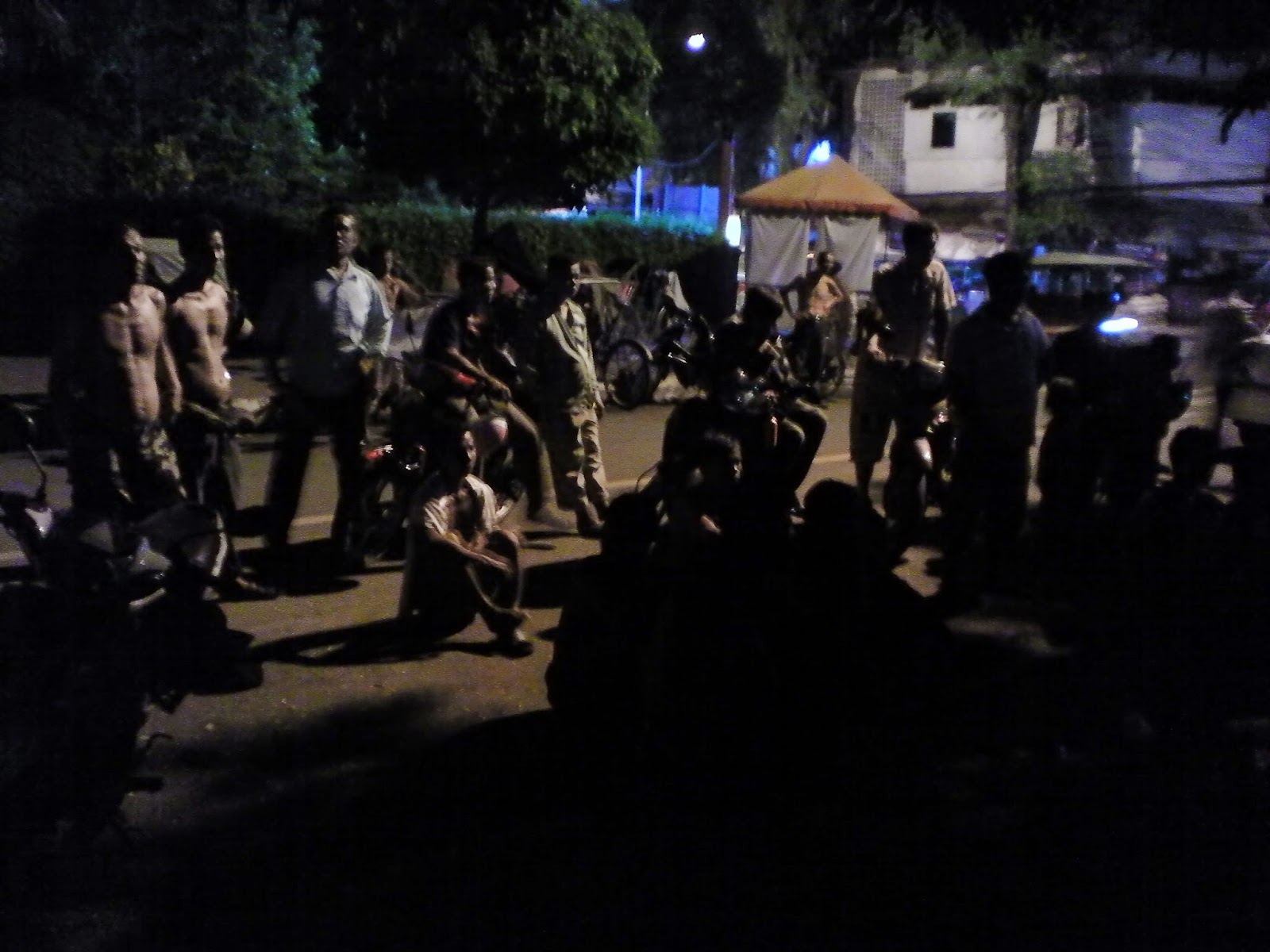 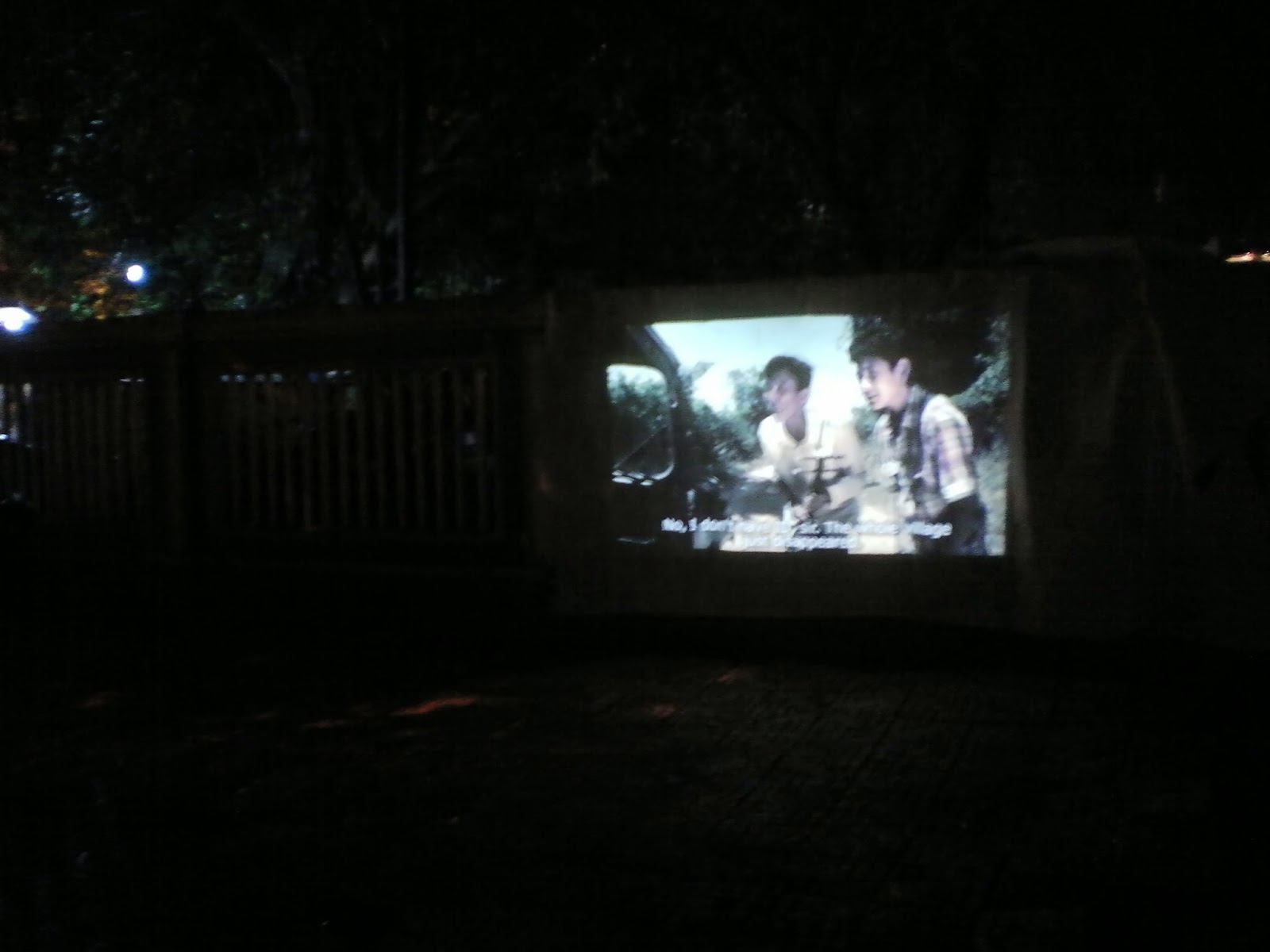 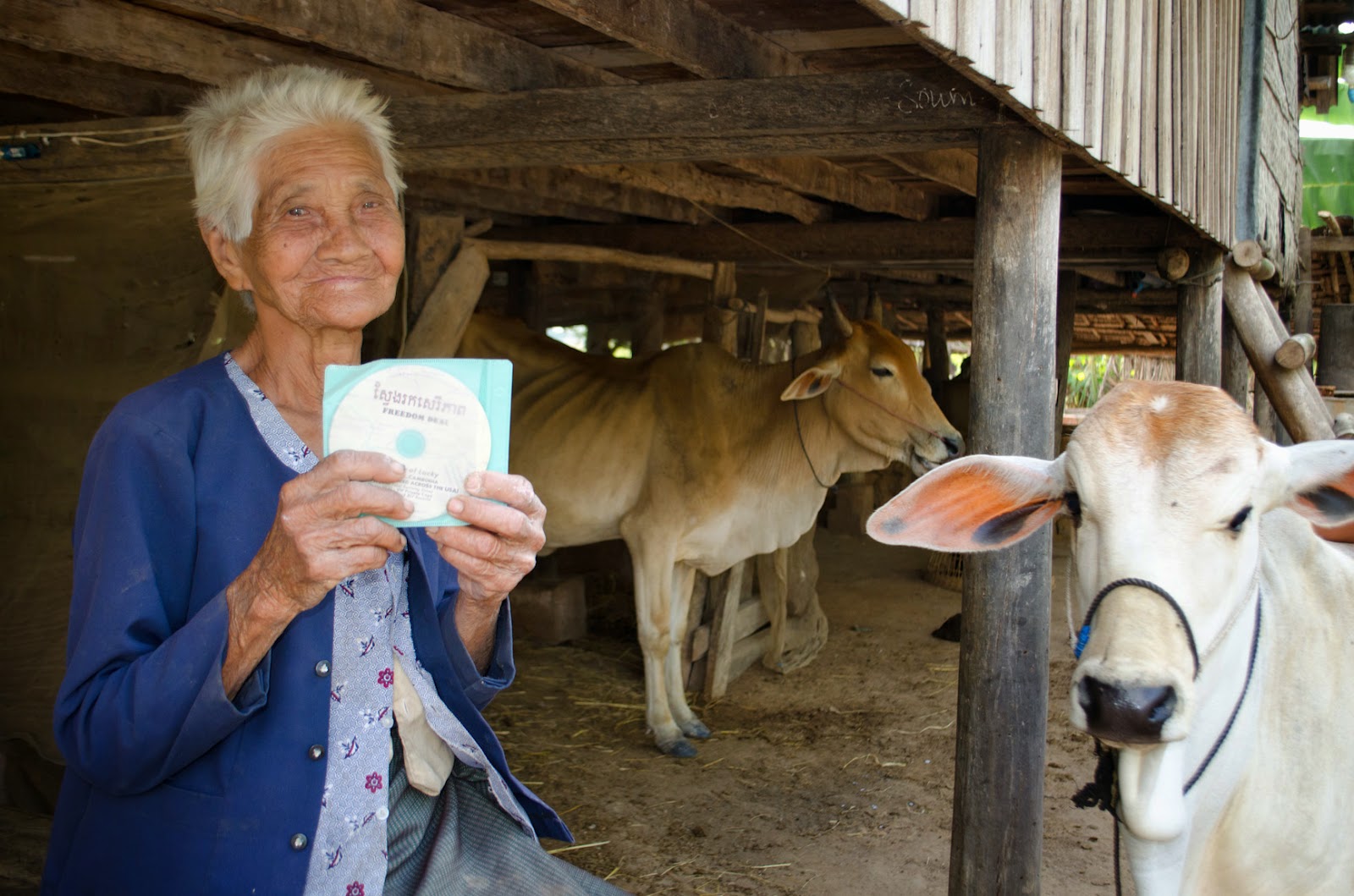 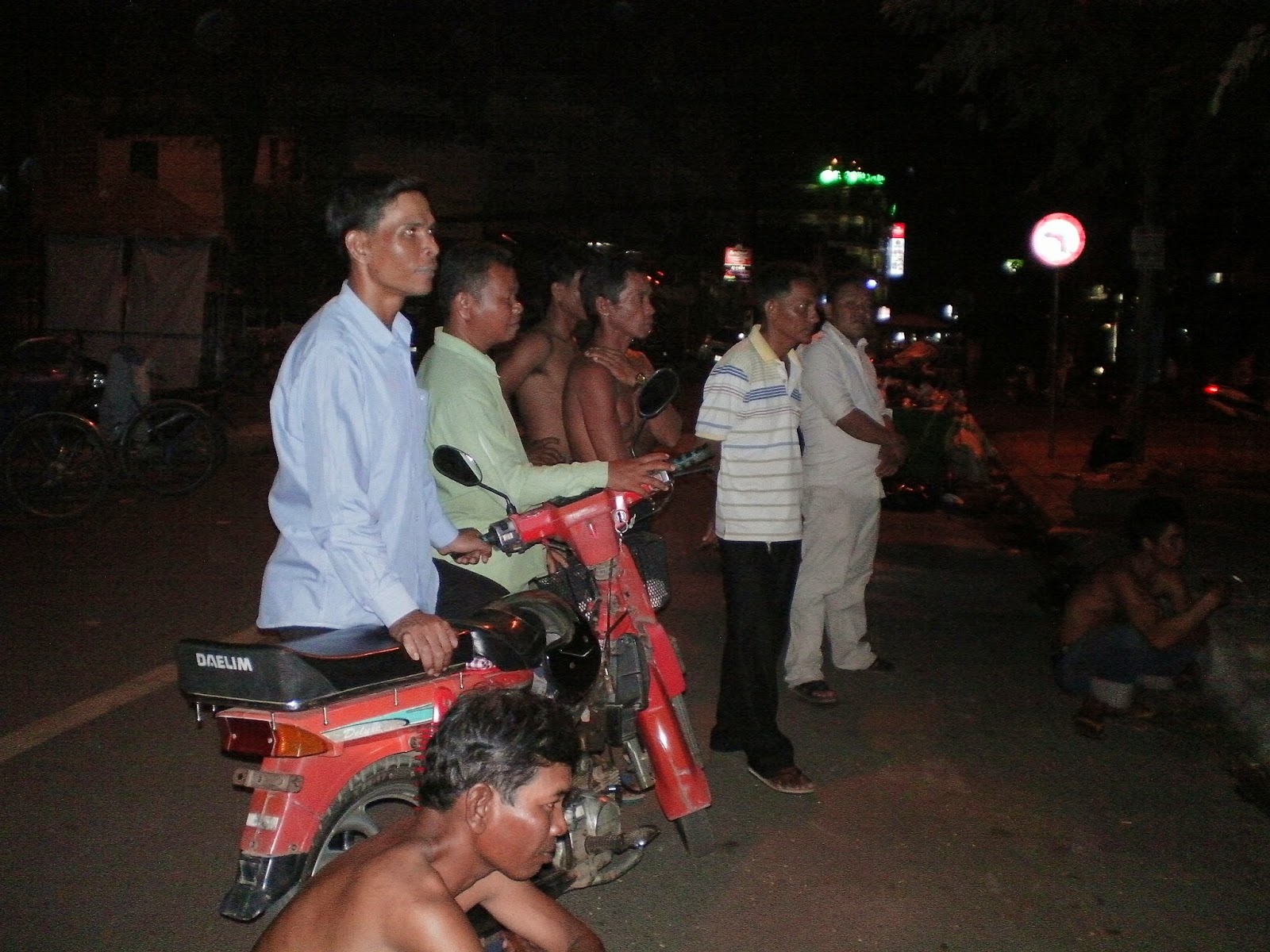 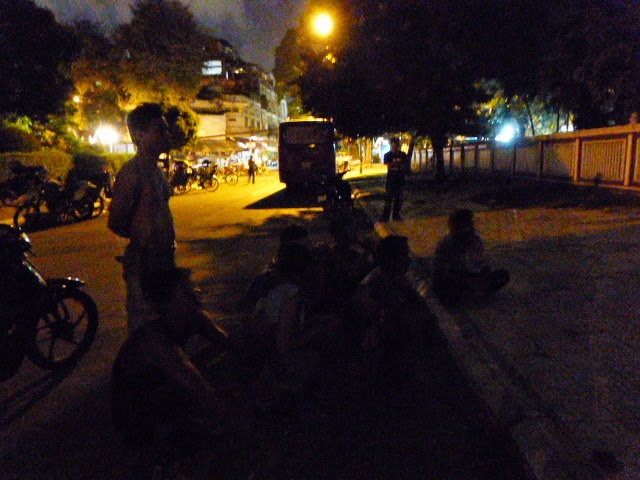 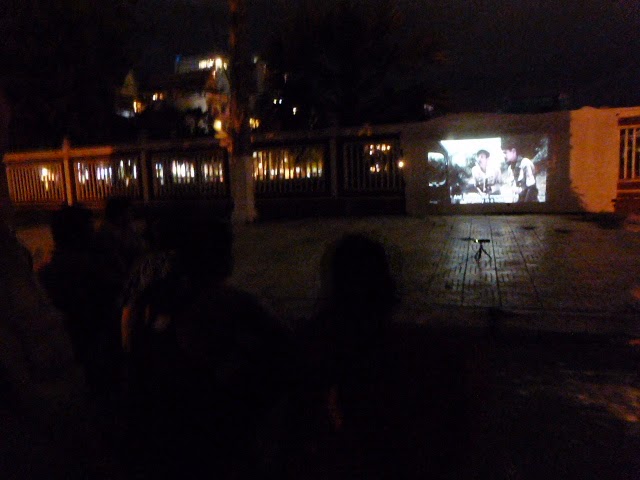 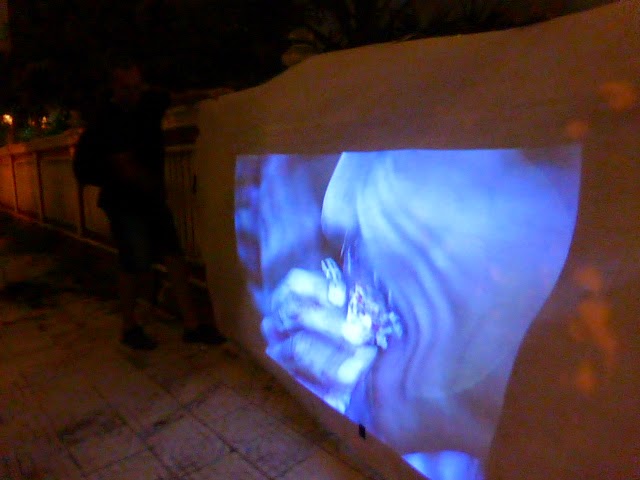 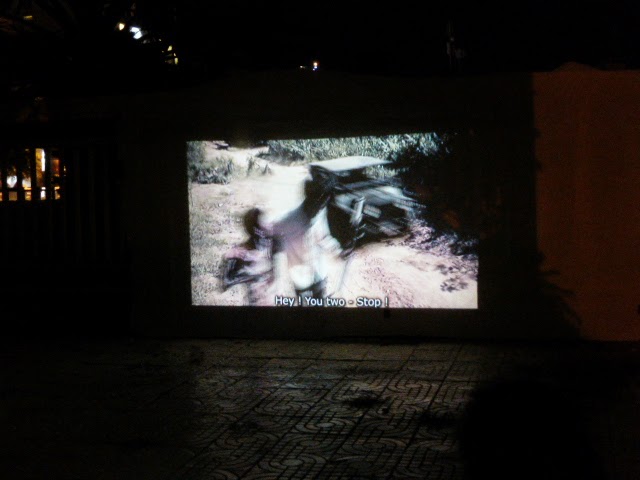 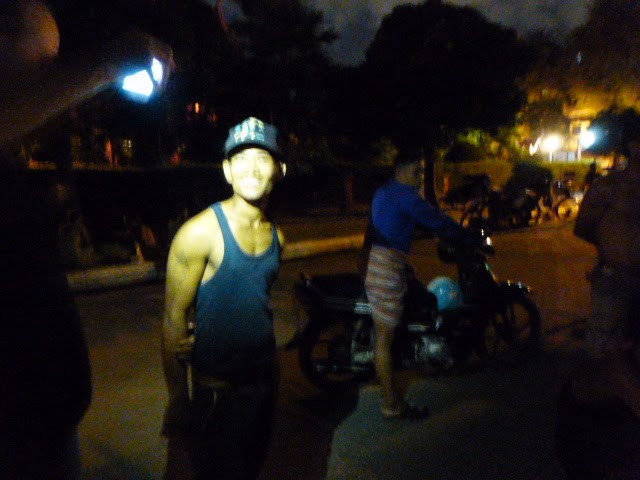 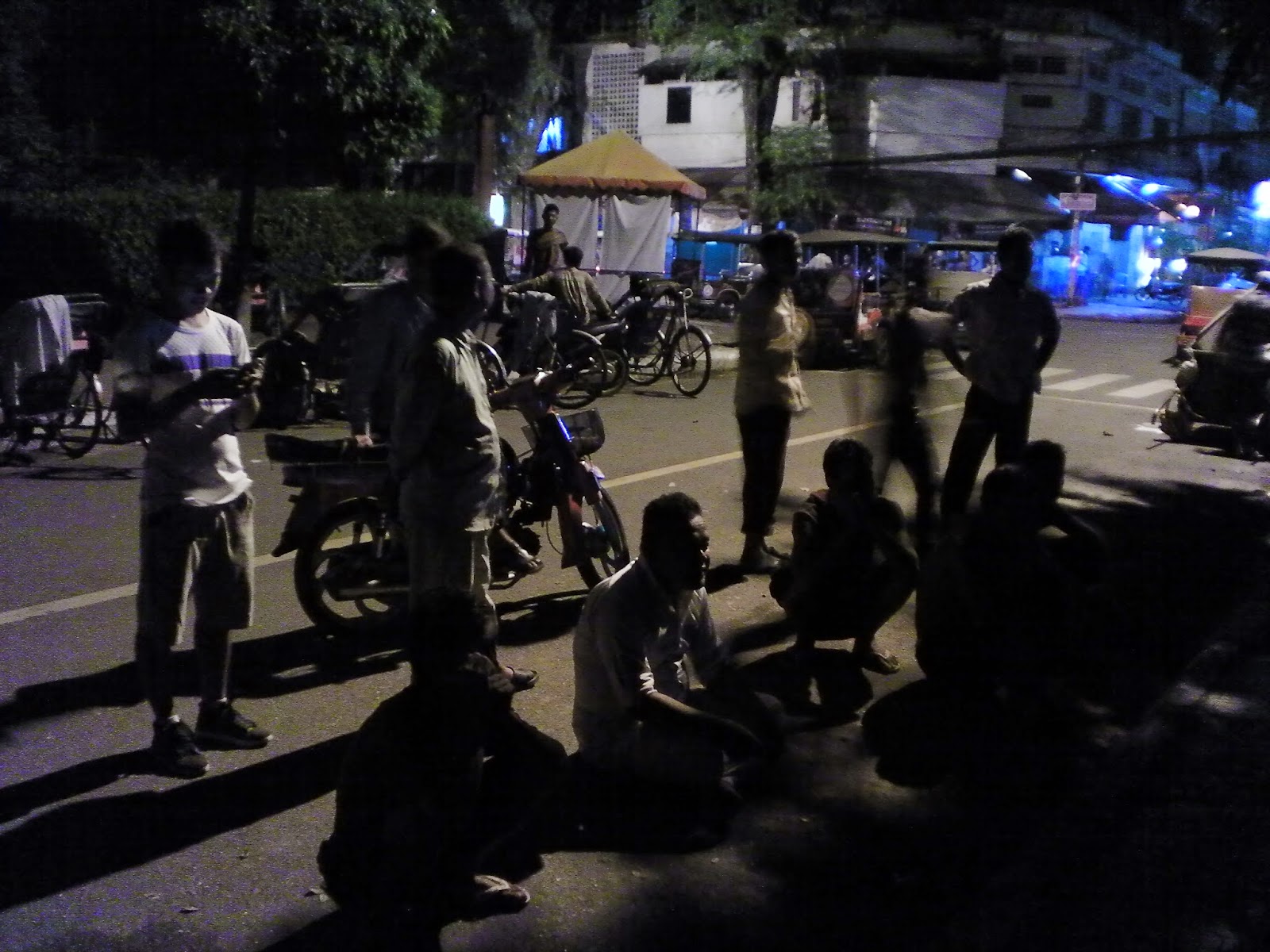 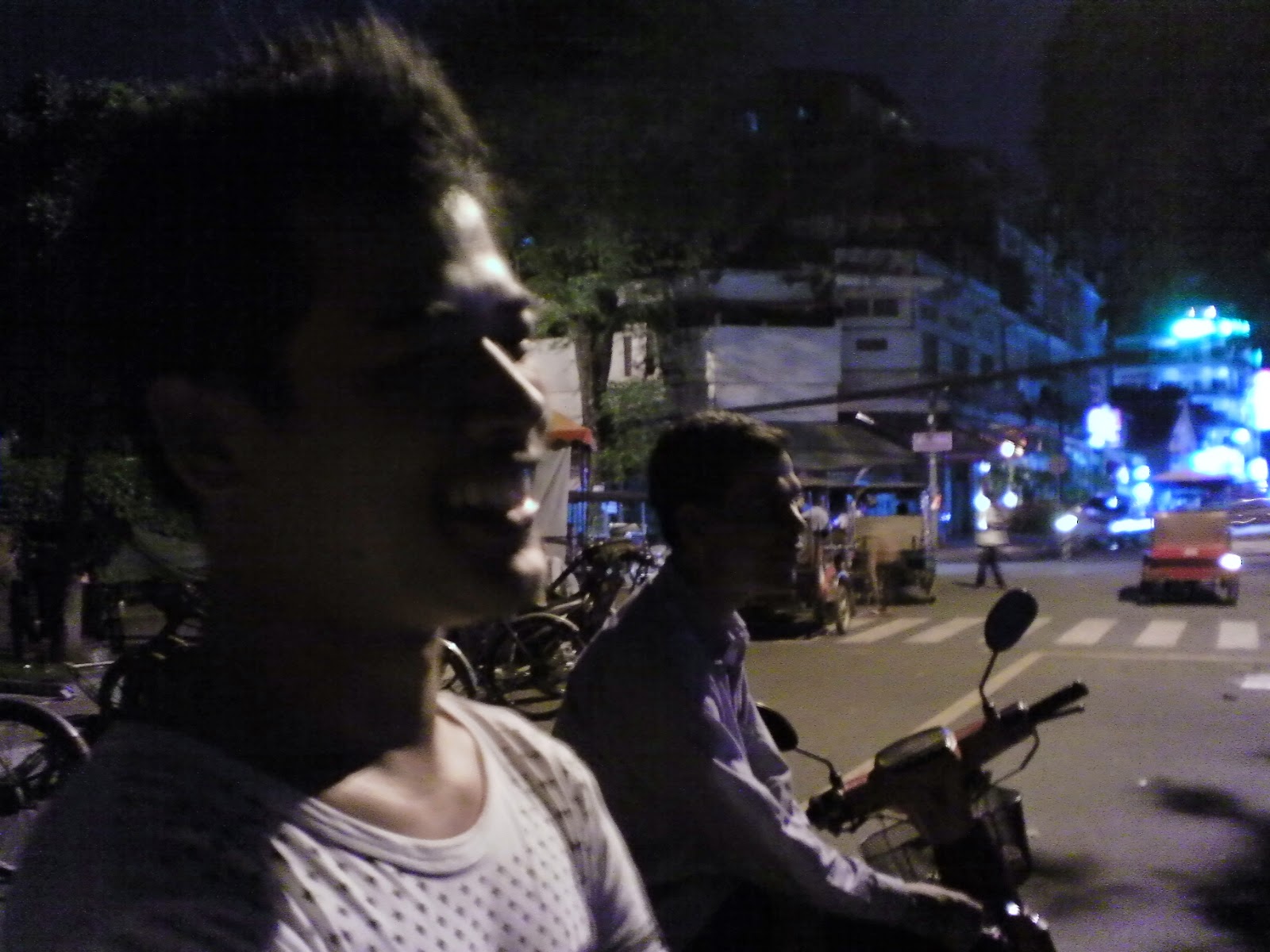 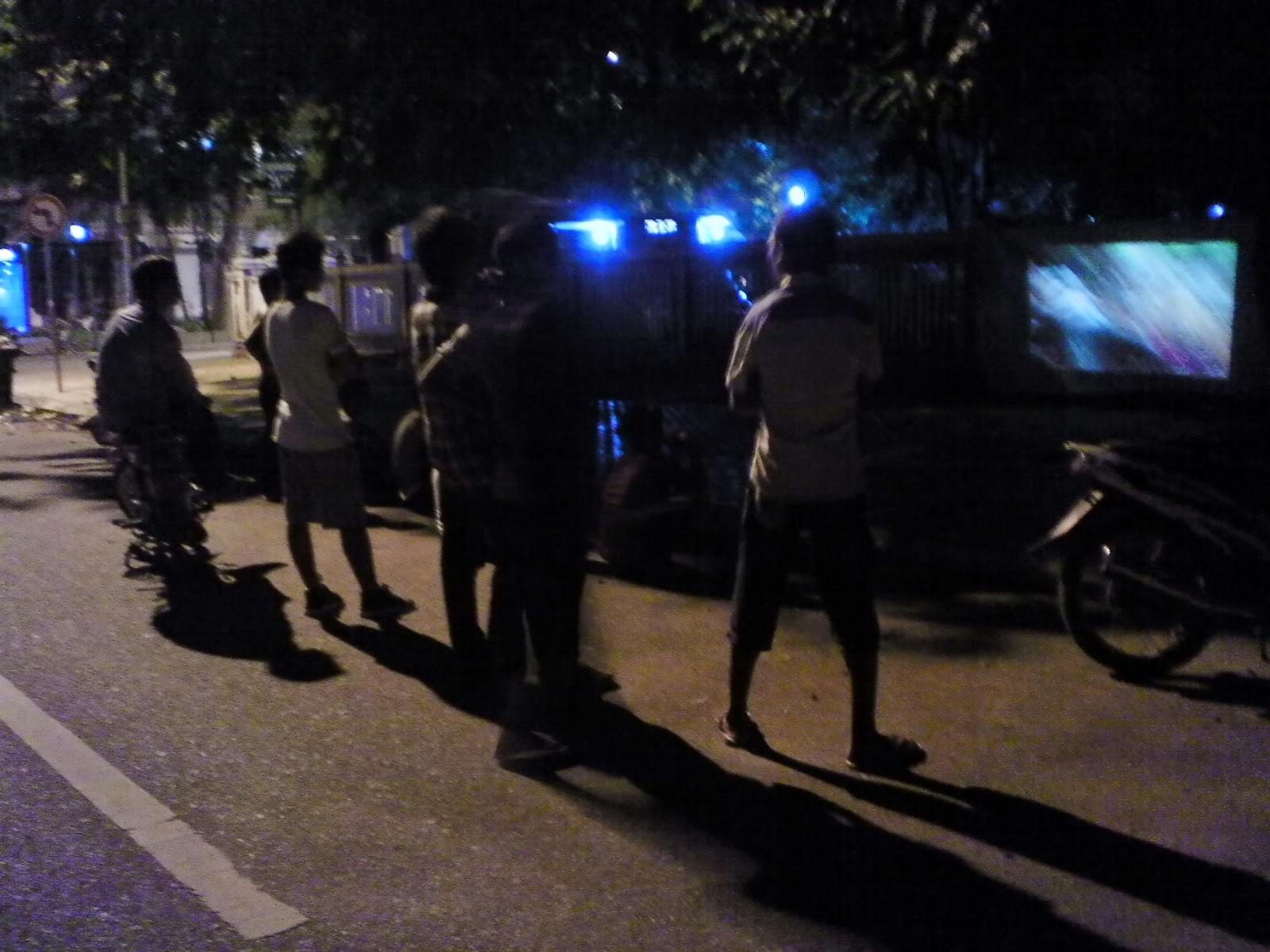 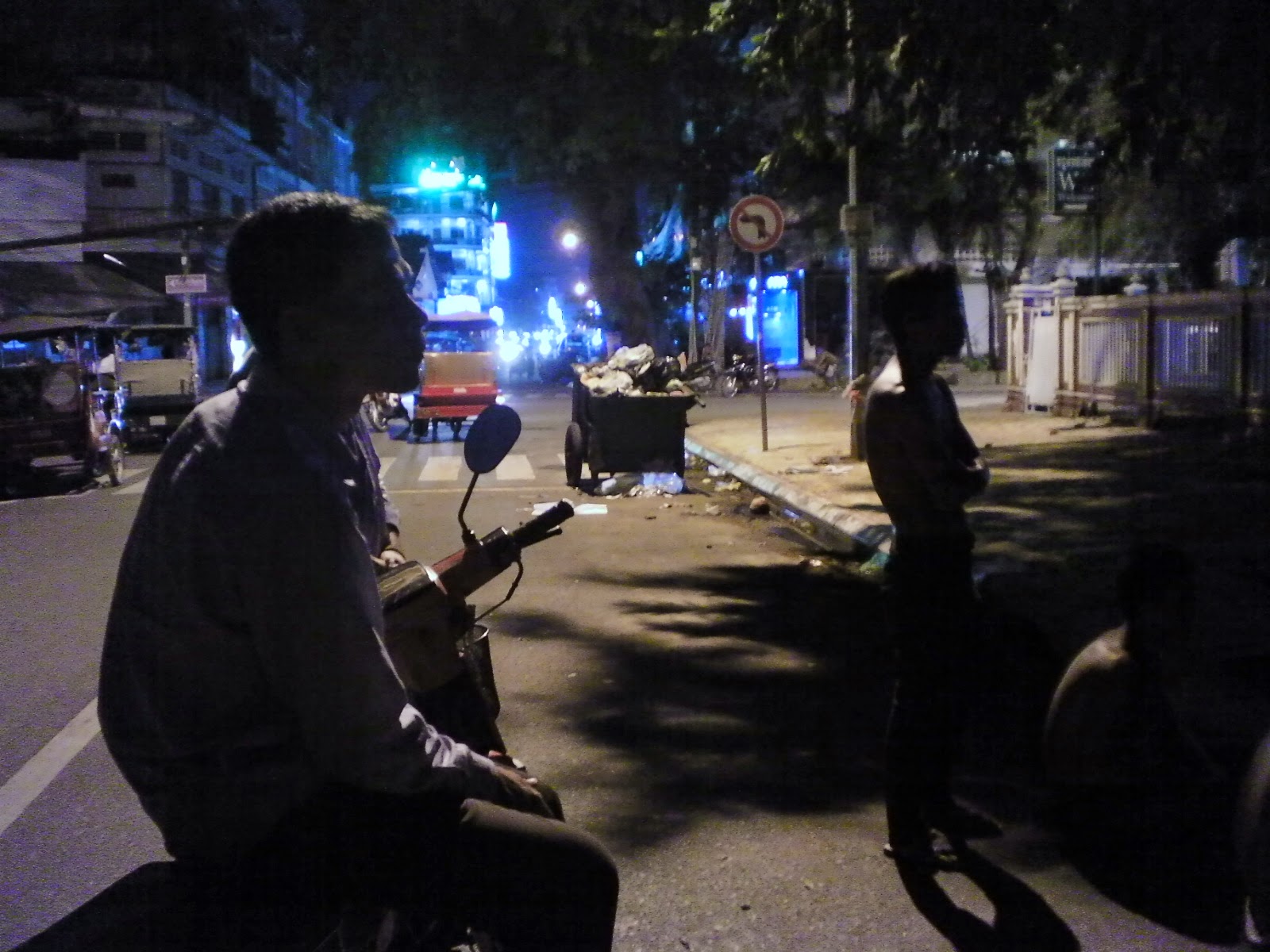 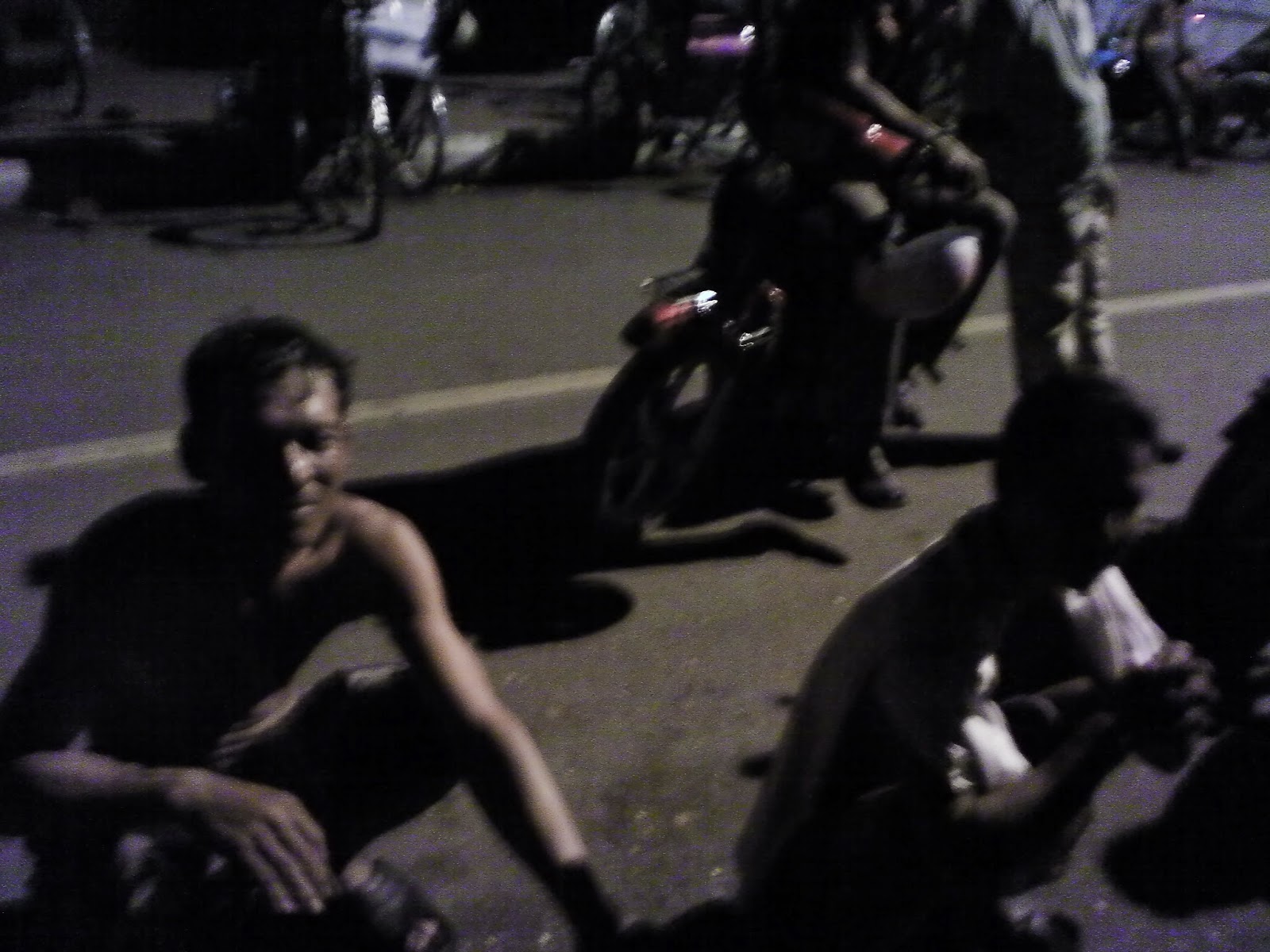 FREEDOM DEAL: The Story of Lucky, is based on a section of the expanded FREEDOM DEAL feature and episodic project currently in development. Following over half a decade of research in Cambodia, where writer-director J "Jack RO" Rosette lived and worked between 2005 and 2013, the FREEDOM DEAL story takes place at a critical juncture of Western-Asian history, during the little explored 1970 'Cambodia Incursion'. 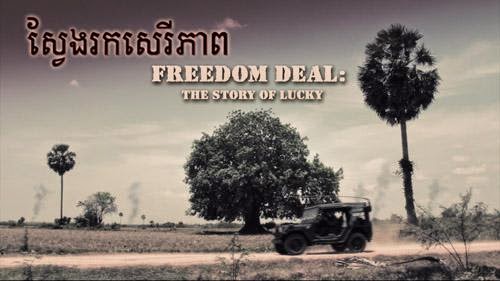 This military operation, launched jointly by US and Army of South Vietnam forces, drove into Cambodia to seek and destroy hidden North Vietnamese and Viet Cong sanctuaries.

The Cambodia Incursion was widely considered to be a military success, in that it effectively reduced rearguard and flank activity on forces planning to depart Vietnam while providing the beleaguered Cambodian Lon Nol regime a ready supply of (captured) weapons.  However, the operation was a political disaster for the Nixon administration which had previously articulated a plan to exit the Indochina conflict via a process of 'Vietnamization'. 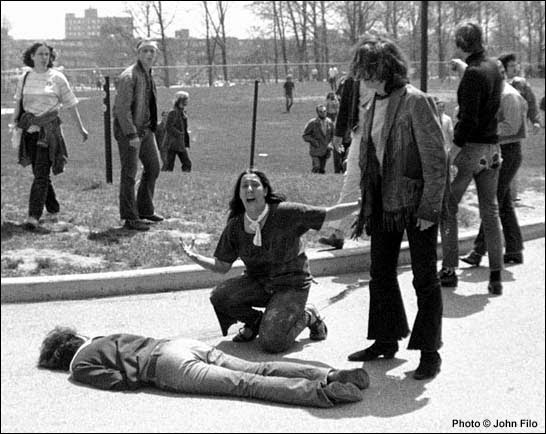 In response to the Cambodian Incursion, protests erupted across the USA, culminating in the shooting deaths of students at Kent State and Jackson State Universities. 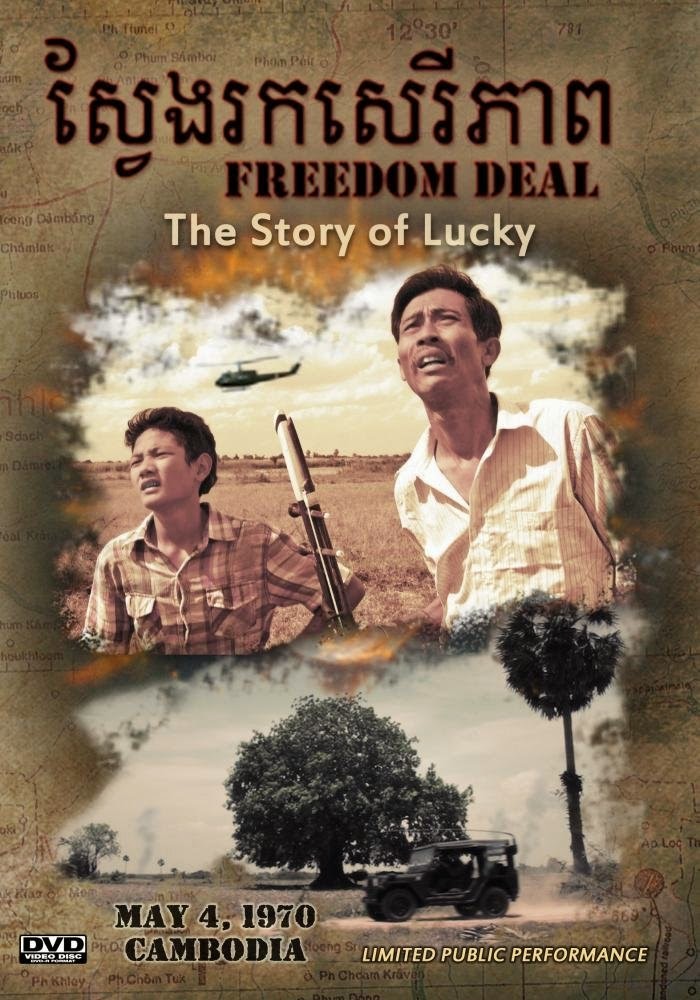 Yet....what was happening on the ground in Cambodia?  What was the local Asian experience during this time?

For the first time ever onscreen, this pivotal moment in history is dramatized in FREEDOM DEAL from a local Cambodian point of view. The movie also features a supernatural folkloric twist, in the form of startling appearance of a spectral, vampiric floating head being known as an 'ARB' - appearing for the first time ever in a movie intended for international audiences.

Internationally, FREEDOM DEAL: Story of Lucky continues to ply the festival circuit, captivating many who know little about the 20th century conflicts in Indochina; a programmer at the USA based Highway 61 Film Festival sums up the reaction of many Westerners who encounter the FREEDOM DEAL project for the first time:

"A strong, interesting story with good characters and excellent acting. And the supernatural element was bizarre but just right for the story" - Highway 61 Film Festival 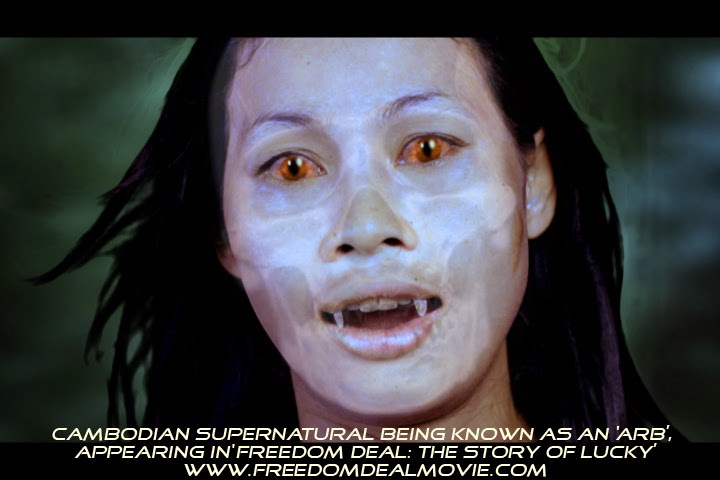 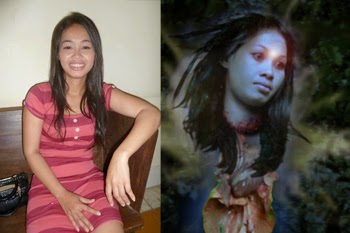 From Camerado on Youtube - Overland from BANGKOK to PHNOM PENH with MISTER J by Train, Bus, Tuk Tuk, Moto, and Taxi

Overland from BANGKOK to PHNOM PENH with MISTER J by Train, Bus, Tuk Tuk, Moto, and Taxi Mister J goes overland from Bangkok, Thailand to Phnom Penh, Cambodia by Train, Bus, Taxi, Moto, and Tuk Tuk - All for only $15*(*not including Visa and Food) // If you've got a bit of time on your hands and you want to see the country and meet the locals...this is the way to go! Like and Coment Below, and SUBSCRIBE http://ift.tt/1rF2eoC
Posted by CAMERADO at 12:41 AM

Episode 2: 'FREEDOM DEAL' Cambodian Supernatural Vietnam War Ghost Movie Asian Khmer Film Subscribe to Camerado Movies and Media @ http://ift.tt/1rF2eoC ** OFFICIAL Studio Release (EPISODE 2) ** 'FREEDOM DEAL: The Story of Lucky' :::: SYNOPSIS :::: May 4, 1970 Cambodia...while protests raged across the USA! During the 1970 US-Vietnam conflict, a combined US & Army of South Vietnam military operation enters Cambodia to locate and destroy North Vietnamese and Viet Cong sanctuaries. A Cambodian youth named Samnang ('Lucky') and an ornery but likable wedding musician make their way through the conflict -- encountering landmines, surreal Cambodian ghosts known as 'Arbs', and marauding helicopters as they go. The first ever movie about this little explored chapter of the Indochina conflict as the war expanded into Cambodia - told from an Asian perspective. 'Story of Lucky' is based on a section of the feature drama, FREEDOM DEAL, in active development; co-producers contact Camerado Asia with inquiries: http://ift.tt/1wpom4F Some previous movies by filmmaker J "Jack RO" Rosette LOST IN NEW MEXICO on Google Play: http://ift.tt/1nh4kb4 :: http://ift.tt/1wponWe BOOKWARS on iTunes: http://ift.tt/1vl1oi5 :: http://ift.tt/1wponWj All titles by filmmaker J 'Jack RO' Rosette IMDB: http://ift.tt/1vl1oi7 http://ift.tt/1wpoocF http://www.camerado.com
Posted by CAMERADO at 6:29 PM

New Video from Camerado Movies and Media on YOUTUBE -> – VOYAGE to the JUNGLE BONG!

Kindly leave comments and likes below – subscribe to http://ift.tt/1rF2eoC for more great videos //// VOYAGE TO THE JUNGLE BONG ~ Shot in the remote forests between Thailand and Burma, a group of hikers and their guides find themselves lost in the nearly impenetrable jungle. As a result, the guides make a ritualistic and functional bong from Bamboo, and the group fires it up, with the hopes of awakening the local spirit guides who might assist them on their journey! /// An Original Video by Camerado Movies and Media ///