CamboFest was invited by the International Federation of Film Producers Associations (FIAPF) and APSA to submit eligible films from the Cambodia for consideration in the second annual awards, to be held in Queensland, Australia, on November 11.

The agreement between CamboFest and APSA will facilitate long term cultural and creative exchange and development of professional business partnerships; to that end, CamboFest and APSA have collaborated to showcase cinematic achievements from Cambodian filmmakers and industry professionals to an international audience.

CamboFest welcomes further Cambodian film submissions for consideration in both the 2009 edition of CamboFest and the 2009 APSA*; please find more information at http://www.cambofest.com. [*Further eligibility details are below / No submission fee for Cambodian films]

* Films must have had their first public screening (World Premiere) after August 1, 2008

* Films submitted or invited to be considered for the Asia Pacific Screen Awards must have been predominantly created in Cambodia and must reflect the cultural origins of the nominating country or countries in accordance with Section 6.

* The majority of cast/crew must have been born in Cambodia; hold a current passport from a Cambodia; or normally reside in Cambodia. (A point scoring system is outlined in The Test in Section 6 of the Charter Rules and Regulations which pertains to this criteria)

* AT LEAST ONE Producer or Co-Producer must be from Cambodia.

All films must be presented in their original language and English subtitles are required for all entries not in the English language. All subtitling expenses are to be met by the film’s producer.

Please see http://www.cambofest.com for more information
Posted by CAMERADO at 4:05 AM

...been spending time at the KR (Khmer Rouge) trials here in Phnom Penh

Have been spending some time at the KR trials here in Cambodia this rainy season, working on a piece of ongoing coverage called "Smashing: an ongoing account of the Khmer Rouge trials".

Herewith, pls find an assortment of pix, from the long journey out to the Extraordinary Chambers, as well as some recent sketches while Duch, former head of torture prison S21, took the stand. [Can't take a camera into the courtroom itself, so...] 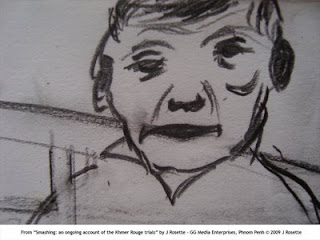 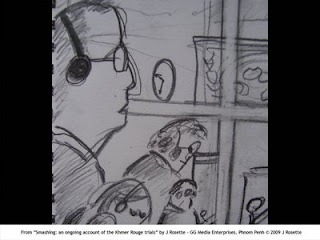 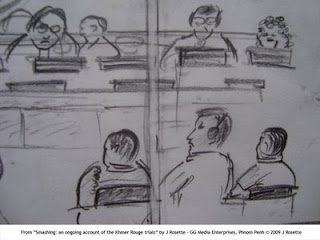 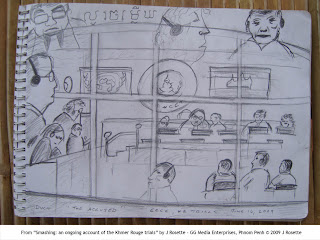 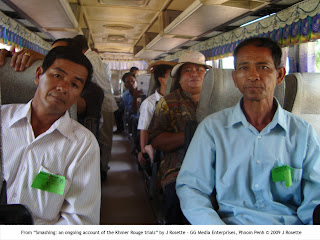 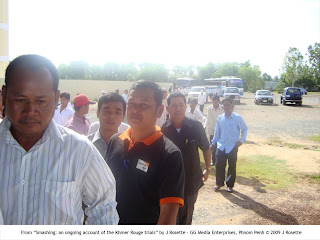 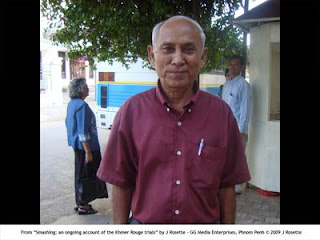 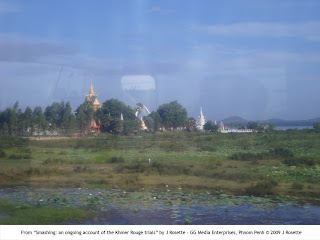 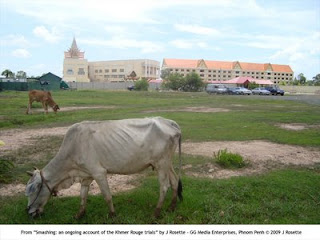 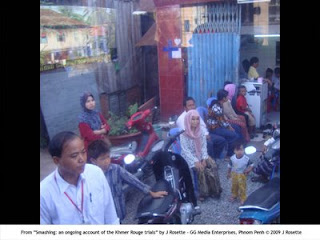 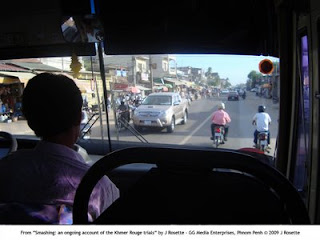 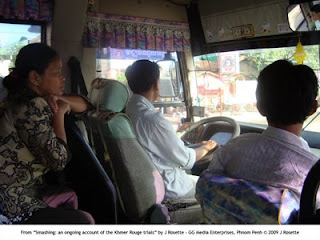